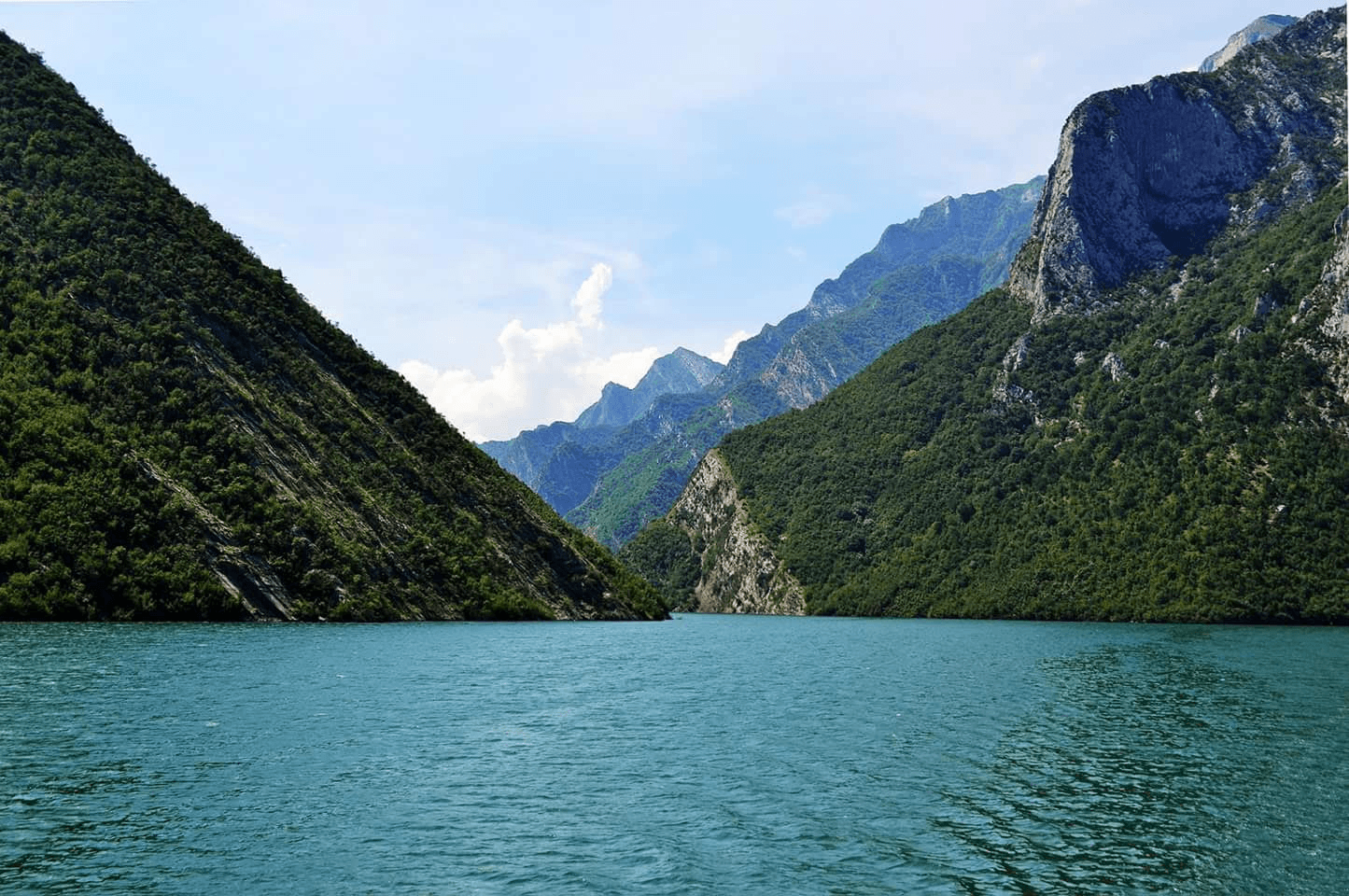 Tour of the most important cultural and historical heritage sites of Albania
Highlights:

If you’re short on time, we have designed a 5-day tour that takes in the highlights of Albania’s historical and cultural heritage, including: UNESCO World Heritage sites; Ancient Greek and Roman ruins; key Communist locations; fascinating historical towns; medieval castles; picturesque villages; Orthodox churches and Muslim mosques, all led by professional local guides with time built in for your own leisure. This trip is also a great opportunity to sample Albania’s varied regional cuisines, meet local people and enjoy Albania’s incredible scenery.

Best for:
Discerning travelers with an interest on historical and cultural heritage of Albania from antiquity to the modern times.
Season All year round
5
days
Included:
Enquire Tailor

Both The House of Leaves and Bunk’Art 1 are key locations in Albania’s Communist heritage and provide valuable insight into the operation of the Communist regime and daily life under its strictures.

Bunk’Art 1
Built between 1972 and 1978 (and believed to have been inspired by the bunkers constructed in communist North Korea, visited by an Albanian delegation in the early 1970s), this vast network of underground tunnels was intended to shelter the entire government apparatus in the event of invasion or nuclear attack. The complex boasts more than 300 rooms spread across 5 subterranean levels and was so top-secret that even the commanders of the military base above ground were denied access to it – a testament to the extreme paranoia of Albania’s infamous Communist leader, Enver Hoxha. Originally housing offices and dormitories for government officials, apartments for party leaders (including that set aside for Enver Hoxha, which you can explore), communication rooms, an assembly hall and canteen, the vast complex was never used! It now serves as a museum show-casing how the brutally repressive and isolationist regime of Hoxha developed and maintained its grip – a fittingly claustrophobic memento of the Cold War.

The House of Leaves
Initially a maternity clinic, the House of Leaves served as the Sigurimi (secret police) surveillance HQ from 1945 to 1990, where Sigurimi technicians guarded against ‘the enemy within’ (virtually everyone in Albania) by tapping phones and installing bugs in apartments, and against ‘the enemy without’ (foreign visitors and residents) by tapping phones, installing bugs, intercepting communications in hotels and embassies and keeping detailed notes on every single foreigner in the country. Now a museum, the House of Leaves holds a collection of original items used by the Sigurimi to spy on the population: bugs (and how they were concealed); photographic equipment; recording devices; statements given by individuals under interrogation etc. Technology used was often donated by the Chinese, Soviets or East Germans. The museum provides a fascinating and unsettling window into a hidden and sinister world. 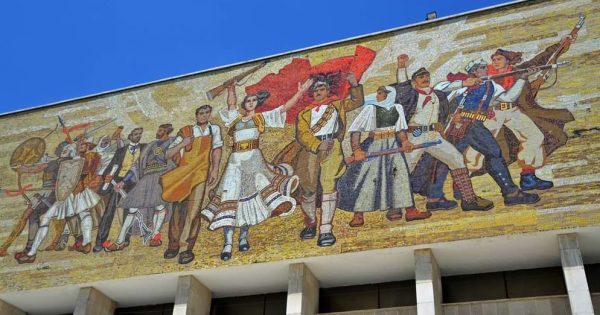 • Depart for the coastal town of Durres where we will visit the Roman Amphitheatre of Durres.
• Continue to Berat. Tour of the town, including a visit to the famous Onufri Iconography Museum.
• Dinner and overnight in Berat.

Roman Amphitheatre of Durres.
Dating back to 2AD, this amphitheatre is the largest ever built in the Balkan Peninsula, once having capacity for 20,000 people. Today, predominantly the northern part of the amphitheatre survives – two particularly severe earthquakes in the past having taken their toll on the overall structure. Despite this, it is not hard to imagine the glory days of the amphitheatre and the incredible scope of human ambition and ingenuity behind its creation.

Berat
A UNESCO World Heritage site, Berat is one of the most unique and charming cities in Albania. Known also as ‘the town of one thousand windows’, the old town is a fantastic example of preserved Ottoman architecture with narrow, winding, cobbled streets ripe for exploration, huddled stone houses, hidden inner courtyards and unexpected, cheery bursts of colour from flower-filled window-boxes and porches. A mosaic of Byzantine churches, Ottoman mosques and preserved ruins, the town – considered to be among the 10 oldest settlements in Europe – is still inhabited to this day and straddles both sides of the Osumi River, the two sides connected by the famous Bridge of Gorica. The town’s ancient hilltop citadel provides superb views across the fertile, rolling hills of the surrounding countryside. Justly renowned for its wine, fresh local produce and delicious local dishes, a stay in atmospheric Berat is a truly memorable and enjoyable experience. 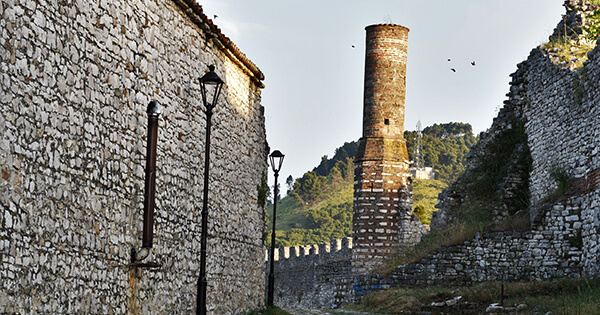 • Depart from Berat. Tour of Apollonia Archaeological Park.
• Experience the dramatic scenery of the Albanian Riviera as we follow the coastal route from Vlora to Saranda via Llogara National Park – an unforgettable drive combining mountains, dramatic cliff-lines and quiet coves and beaches, all against a backdrop of the bluest of blue seas.
• Visit Ali Pasha castle at Porto Palermo Bay. Continue to Saranda.
• Dinner and overnight stay at Saranda.

Apollonia
Dating back to Illyrian times, Apollonia was settled by the Corinthians in 588BC, becoming a major city in the ancient Greek and Roman Empires before an earthquake in the 3rd Century AD heralded its decline. At its peak, the city is believed to have held around 60,000 inhabitants. Housing an impressive collection of artefacts, monuments and ancient ruins, Apollonia’s stunning situation on the banks of the Vjosa River near the town of Fier and close proximity to the crystal blue waters and seafood of the southern coast make it a scenic and easily-accessible excursion well-worth visiting.

Ali Pasha Castle
Situated on a headland overlooking the sea from a tranquil bay, this was one of the forts built by the notorious Ali Pasha of Tepelene (a pasha was an autonomous local ruler at the period of Ottoman rule) who, through a combination of ruthless cunning, cruelty and skilful diplomacy, gained control of most of Southern Albania between the end of the 18th century and early 19th century – as well as a large part of the Greek mainland. The castle served predominantly as a military garrison and strategic lookout under Ali Pasha, also housing a harem for the occasions that Ali Pasha visited. The castle affords fantastic 360-degree views across the bay from the rooftop and ramparts. 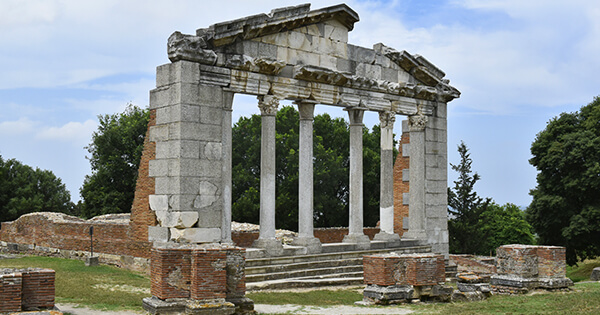 • Drive from Saranda to Butrint. Guided tour of Butrint.
• After Butrint, drive to Gjirokaster, visiting the ancient ruins of Adrianopoli en route.
• Tour of the 13th century castle and Skenduli family Ottoman house.
• Dinner and overnight in Gjirokaster.

Butrint
The largest, and widely considered the most important, archaeological site in Albania based on the sheer breadth and diversity of its antiquities, Butrint was declared a UNESCO World Heritage site in 1992 and a National Park in 2000.
Inhabited since prehistoric times and referenced by the Roman writer Virgil, Butrint has a long and unmatched historical pedigree: The coastal city was founded by the Epirote tribe of the Chaonians and reached its peak during Roman rule when Julius Caesar and Octavian Augustus designated the city a Roman colony. The city’s glory faded as, over the following centuries, the area became a site of conflict between the Byzantines, the Angevins of southern Italy, the Ottomans and the Venetians.
Nestled in the heart of Butrint National Park, the dense forest preserved the ruins perfectly until 1928 when Italian archaeologist Luigi Maria Ugolini – (as part of an expedition sent to Albania by Italy’s Fascist dictator Benito Mussolini in an effort to covertly extend Italy’s influence in the area) – initiated excavations to uncover the city as we see it today. Many legends are hidden in the ruins, especially those of the lost city of Troy.

Adrianopoli
Built during the Roman Empire, Adrianopoli is a well-preserved and typical Roman city with theatre, stairs and remnants of walls and ramparts. The surrounding greenery adds a natural charm to this archaeological find.

Gjirokaster
Situated in a stunning location, sandwiched between high mountains, Gjirokaster began life in the 12th century as the fortress of a local feudal family, its location on the crossroads of trading routes resulting in the city’s growth in size and importance during Ottoman rule. Unique in character and reminiscent of the towns of childhood fairy-tales in style and atmosphere, Gjirokaster’s architecture, fortress-houses and rich folk traditions (including its distinctive style of iso-polyphonic music) saw it awarded the status of ‘museum city’ in 1961 and UNESCO world heritage site in 2005.

The city was the birthplace of Albania’s brutal post-World War 2 dictator, Enver Hoxha, as well as the famous Albanian writer, Ismael Kadare, who wrote of Gjirokaster in his book Kronike ne gur (Chronicles in Stone):

“This was a surprising city, which seemed to have come out of the valley unexpectedly, and clambered up with difficulty, stitching itself on to the side of the mountains…… It was a steep city, perhaps the steepest in the world which had broken all the laws of town-planning. Because of its steepness, it would come about that at the roof level of one house you would find the foundations of another; and certainly this was the only place in the world where if a passer-by fell, instead of sliding into a roadside ditch, he might end up on the roof of a tall house. This is something that drunkards knew better than anyone… It really was a very surprising city. Many things here were dreamlike and a lot was unbelievable.”

It is a surprising city: surprising and unforgettable and one we’re proud to call our home! 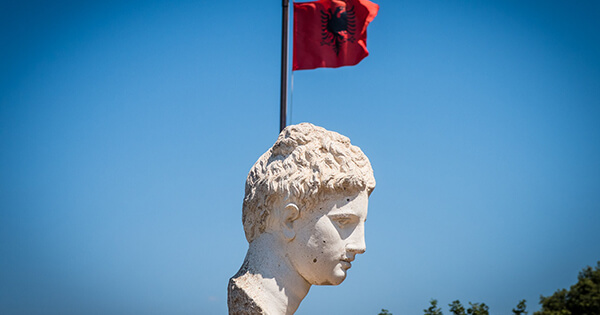 • Depart to Tirana International Airport for your flight back home or elsewhere to continue your trip. 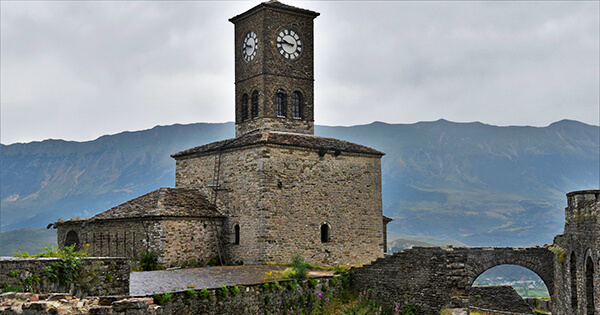 Suggested Tours for you 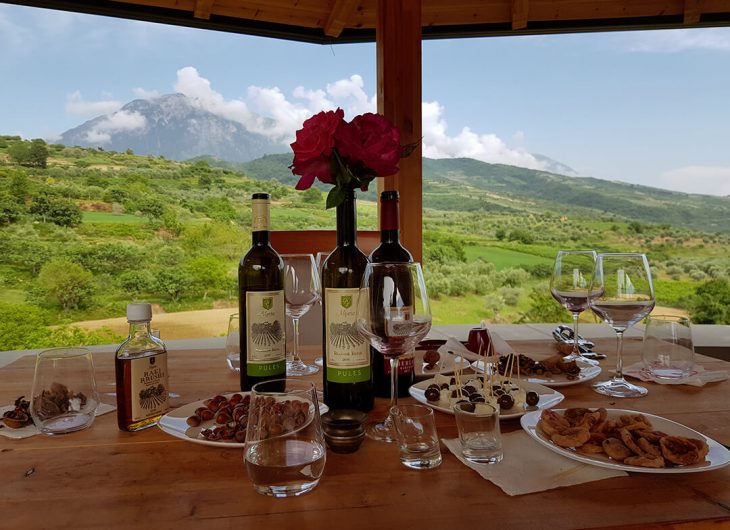 This tour is dedicated to those looking for a unique experience to one of the...
Heritage
2days 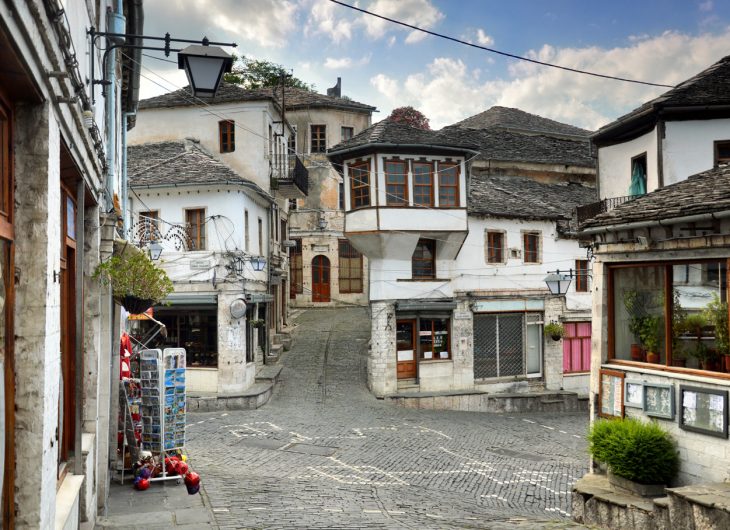 Limitless Albania founders, Fatmir and Gesi, were born and raised in Gjirokaster and know every...
Heritage
14days 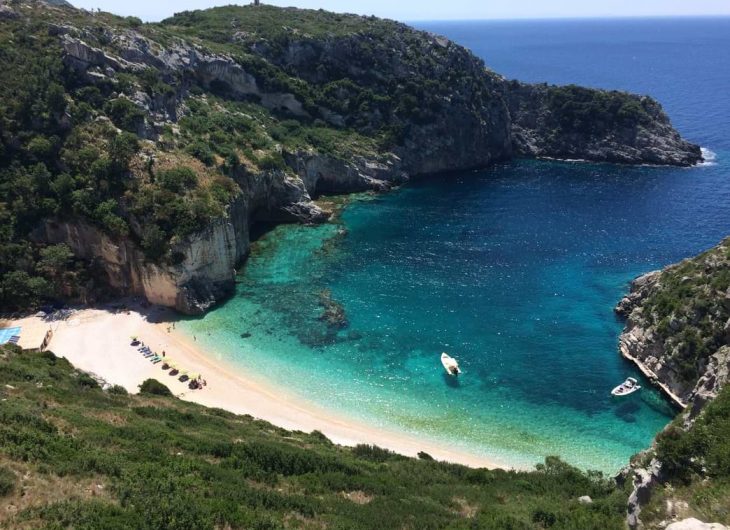 From Alps to Riviera

We have designed this trip inspired by our past guest visiting Albania in searching for...
Family Holidays

Would you like to take this tour as it is? Please fill in the needed information and we will get back to you with a quote and further details. Make sure to specify in the body message the number of the group, ages and other details that can affect traveling experience.
Top